SWAN STABILIZERS INTERNATIONAL IS A ROAD, CIVIL AND EARTHMOVING BUSINESS THAT WAS ESTABLISHED IN KARRATHA BY NATHAN SWAN IN 1998.

THE BUSINESS RELOCATED TO NORTHAMPTON IN THE MID-WEST IN 2010 AND THROUGH GROWTH AND EXPANSION OPENED BRANCHES IN KUNUNURRA AND KARRATHA.

We have built a reputation for client-focused service. We work collaboratively with our clients to deliver safe, quality and value-for-money projects. Our track record and commitment to successful project delivery is demonstrated through repeat business from councils, civil construction companies, government departments and agencies.

Our professional team has all the skills and experience needed to complete any civil works to the highest standard. Our Integrated Management System, project controls and commercial acumen ensures projects are completed safely, on time, and on budget. 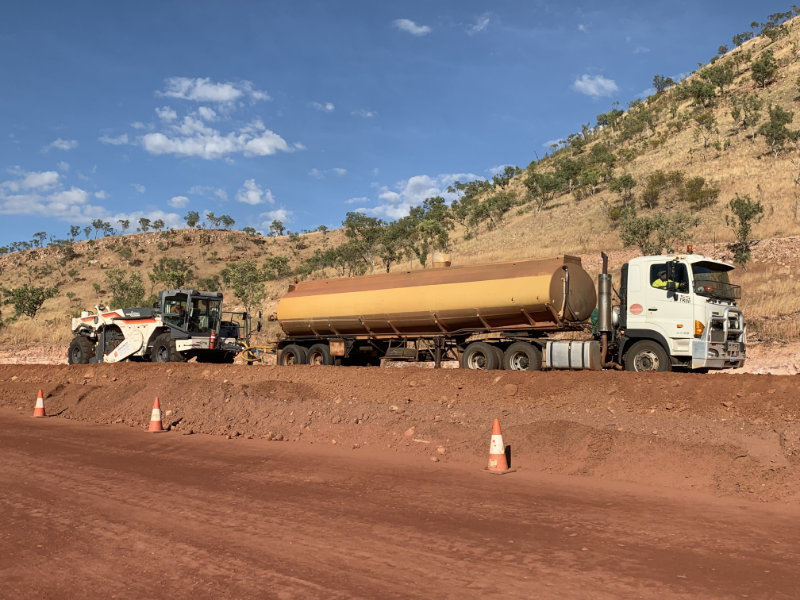 Nathan Swan started his career working with Sorrento Plant Hire in Karratha at the age of 14 years. He soon realised this was his future path and by the age of 15 obtained a conditional driver’s licence to operate rollers and various other machines.

He then worked for four years with Karratha Bitumen at the Burrup Peninsula, learning the foundations to civil construction and bitumen products. Seeking a different environment, Nathan took a position with the Shire of Broome. He then met an old Karratha friend who later became his wife. They returned to Karratha with Nathan starting work for John Carvil, the owner of Karratha Excavations. This was where Nathan’s real journey in the industry commenced. John was known as the best excavator and backhoe operator in the Pilbara.

John sadly passed a couple of years on. Nathan then purchased his first machine from the Carvil family, an IHI IS75B excavator with rockbreaker attachment. This was the first excavator he operated for John. His business, Swan Excavator and Rockbreaker Hire was established in Karratha in 1998.

Nathan’s first contract was for earthworks at Peninsula Palms for Hamersley Iron. He then went on to win minor works at the Radio Hill nickel mine and a contract to breaking oversize ore on the ROM pad. Nathan then bought a Volvo F10 prime mover and drop deck to build the business.

As the fleet grew with another excavator, loader and grader a name change to Swan Civil Construction (SCC) was necessary. SCC become head earthwork contractors for Titan Resources, maintaining roads around site, building haul roads and constructing the first nickel leaching project in Australia. Works also progressed with other companies such as Rio Tinto and Dampier Salt.

In 2009, after working as a supervisor for various government bodies and companies (Shire of Chittering, Shire of Koorda and Downer EDI) Nathan started Swan Stabilizers International, purchasing an old XCMG soil stabiliser from China. Since this time, he has supervised and subcontracted to recognised companies such as Downer, Stabilised Pavements of Australia, and WBHO. This has established Swan Stabilizers International’s reputation as a highly regarded contractor throughout Western Australia.